Nimes, the French Roma, is an amazing city with a mixture of Roman, Hispanic, Camargue and Cevennes influences. Nimes is home of many monuments such as “les arênes”, “la Maison Carrée”, “les Jardins de la Fontaine » ... The Feria meet aficionados and lovers of street parties.
The “Pont du Gard”, a World Heritage Site, is a world famous monument.

Alès and the Cévennes

Contrary to other French regions, the Cévennes has never been a single united geographic or administrative area. Today this unique landscape covers the departments of Gard and Lozère and for most of Ardèche and Hérault. Indeed from Protestant settlement to rebellion against the monarchy, from the Camisard era to the industrial revolution, which saw major development in silk and coal production; this region is steeped in history through its landscape, religion, cultural and even literary geography.

In the Camargue, the first thing one notices is of course the fine mix of sweet and salt water, and land made up of unforgettable and unique lines, so pure they seem to disappear into infinity. But this country will not reveal its charms to the hasty tourist, it has to be discovered. Thus, plunging deeply - but with a certain respect - into the wild, preserved lands, the visitor will have the privilege of witnessing the majestic flight of flamingos or the thrilling sight of wild galloping horses.
And bringing life to this perfect but somewhat static picture, there is man, in a close and fruitful relationship with nature.
Men have extracted salt from the sea for centuries, and here the techniques have been raised from an art to become a sophisticated industry.
One thing however has not changed and that is the ever-present sunshine, which produces the evaporation so indispensable to what is a rapidly expanding activity today: rice-growing.
The sandy stretches are excellent for growing asparagus, and the vineyards produce characteristic wines, that need to be drunk well-chilled.

Situated in the Camargue, the city of Saint Giles owes its fame to the pilgrimage which developed from the 11th century on around the cult of saint Giles, and which became the fourth place of pilgrimage of the Christian world after Rome, Jerusalem and Santiago de Compostela.

Thanks to its port on the Mediterranean Sea, the city was also the starting point of the first crusades.

In the 18th century, with the creation of the Rhône to Sète canal, the city enjoyed an economic boom thanks to the transport of goods and to the development of viticulture.

Nowadays, with its abbey church listed World Heritage by UNESCO in 1998 as part of the routes of Santiago de Compostela in France, Saint Giles is a city with a rich medieval past situated in the heart of a territory offering two characteristic faces :
- The Camargue with its traditions, its natural and agricultural landscapes, listed “Grand Site de France” in 2014,
- The Costière with its orchards of fruit trees and its grape-growing hillsides, belonging to the PDO Costières de Nîmes.

To discover this territory and its treasures, the tourist information center guarantees a personalized welcome and offers a selection of à la carte visits. 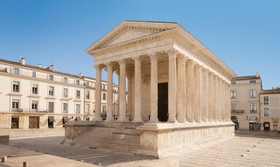 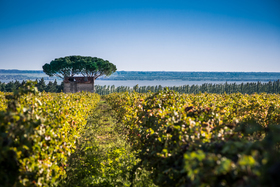 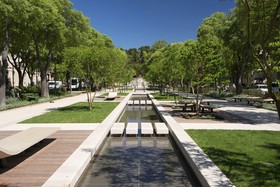 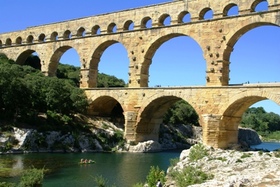 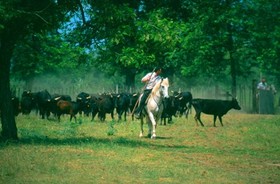